It is our pleasure to announce that at the end of the season we will be introducing the ‘OxVox Supporter of the Year’ award. While the plan had been in discussion for some time, we were delighted when approached by some of Andy (Womble) James’ family. They were keen to be involved and having already discussed it, we were delighted when they agreed that the trophy would affectionately be known as ‘The Womble’.

As a supporters award we were keen to make it about the fans and so we were excited when we found one of our own to make the trophy itself. It is just being finished and looks fantastic. Paul Smith has been incredibly generous with his time and effort and refused to take a penny for his work. Some of you may already be familiar with his work based around the crest and we can’t thank him enough. We have also been in touch with the club who are keen to help and it has been agreed that the trophy will be awarded at the training ground, where it will sit with a photo and brief description of the winner’s contribution to both the club and the fanbase. A reminder every day to the players of what this club means to the fans.

We have agreed some fabulous surprises to thank both the winner and the shortlisted finalists on the day and we will update you closer to the time. For now, what we would like from you are your recommendations for supporter of the year. People who have gone above and beyond to support our club, help our fanbase, and contribute to our community. Please nominate someone other than yourself, who you feel is deserving of this recognition. Include their full name, a short paragraph on their ‘achievements’ for the season and where possible links to any stories or social media connected to anything they have done.

We will create a shortlist and using the bios you created for them, will put it back to the fans to vote for the winner. More than winning, it’s about recognising all of the amazing supporters and their efforts throughout the season. You have until the end of the season to get your nominations in and the voting will take place over the summer. The award will take place early next season or as soon after that point as restrictions allow. 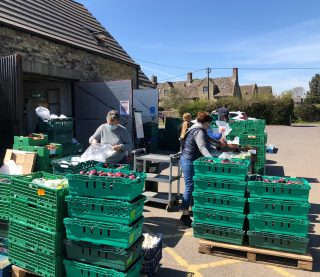