Yesterday at the training ground we presented the OxVox ‘Womble’ Supporter of the Year trophy to Michael North. Michael is pictured receiving the trophy from Karl Robinson. Michael is the first winner of this annual award voted for by supporters and given to the fan voted from a shortlist nominated by fans as having made a great contribution to the life of the club. 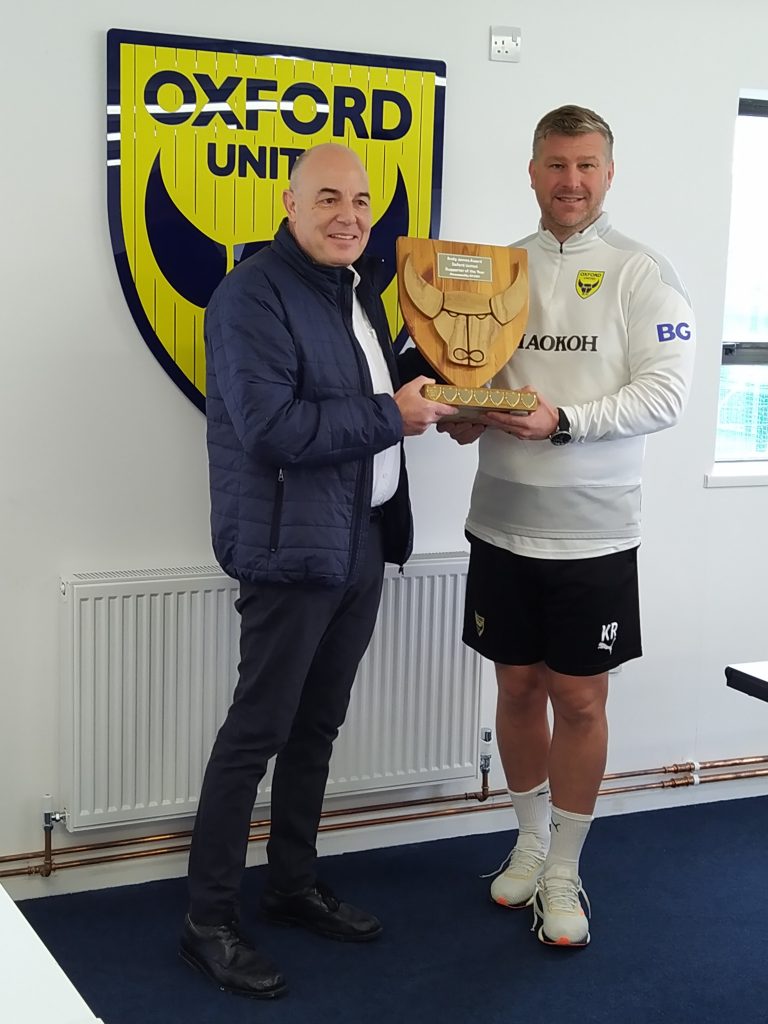 Fellow nominee Ron Slater was also present as was Paul Peros the OxVox Chair and a number of fans who had responded to an online invitation to attend. Unfortunately the other two nominees, Mark Lambourne and Christopher Derry, were unable to attend due to work commitments.

Chris Williams gave a tour of the training ground and Club CEO Niall McWilliams, Manager Karl Robinson and Club Psychotherapist Gary Bloom greeted people and answered questions. The morning was rounded off by everyone watching the players’ training session.

The trophy in the name of Andy ‘Womble’ James RIP was created by U’s fan Paul Smith and is shown in detail below. It will remain on display in the training ground. The legend on the trophy reads ‘Andy James Award Oxford United Supporter of the Year Presented by OxVox’. 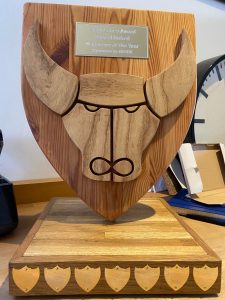 We’re helping the Oxford Fanatics put on a display for Saturday’s opening home league match against Cambridge United. Obviously these displays cost cash but we’ve been assured that...