Club contact and discussions
PP reported that there were ongoing discussions with the club with regard to takeover and stadium issues, and he would be seeking further meetings to gain a greater understanding of the Board’s plans and to communicate fans’ desire to be kept fully informed.

OxVox is a democratic membership based organisation that deals mainly with the broader issues of the club’s financial safety, governance, sustainability, ownership, stadium and its place in the wider community.
The OUSP is a group of representatives, elected by supporters, that will mainly focus on operational issues along with the matchday experience for each and every supporter.
Both OUSP and OxVox share a passion for OUFC and its future success so will work together on the shared issues. OxVox will have a representative on the Panel to ensure there is continued communication.

OxVox AGM
We agreed to hold our AGM on 27 November (subject to confirmation) prior to the match against Rotherham.

Matchday stalls
We agreed to hold stalls (again, subject to confirmation) on 26 September (OUFC Women home match vs Bridgwater, Court Place Farm) and 16 October (Plymouth Argyle home match). AW pointed out that the latter would be an opportunity to return flags to fans who had not yet collected them.

Membership and finance
Membership numbered 899. £14,049 was held in the trust’s accounts. A membership drive was in hand as the recovery from the pandemic continues.

Leaflets and newsletters
SH was finalising Issue 2 of the Newsletter and had formatted draft handouts supplied by TL. Update and signoff to follow outside the meeting.

Supporter of the Year
Voting to be set up by AW and to begin shortly.

Concourse decor project
AW reported that the plan was now received and we will be submitting a permission request to Firoka in the coming week.

Disabled fans
We discussed the needs of disabled fans and the best way to represent them to the club, including the possible merits in having a co-optee to the committee to cover this area, or a co-optee with a broader remit for example to cover how accessible and appealing attending OUFC matches is to people with disabilities, elderly fans, families, people within a minority ethnic or other under-represented groups. Further discussion needed.
We are in touch with Level Playing Field and have received their national report and also an aggregated breakdown of responses to their survey from OUFC fans. This may be an area where we can work in conjunction with the Supporters Panel. We should keep it ‘on the radar’.
One particular issue was the sensory room – we funded some of the equipment. Staffing it is proving difficult on a regular basis given the need for specialist knowledge and certification. We are concerned but not in a position to meet the need.

Priory
This is not strictly an OUFC or OxVox matter, but we have been asked many times what can be done to rescue the Priory from its present state of disrepair. TL and IC have followed this up with the City Council (TL) and Historic England (IC) and a site visit will be held in the autumn to review it.

Mickey Lewis memorial match
We note this occasion on 10 October to remember Mickey and to support his family, and we will do all we can to publicise and support the day.

Any other business
None.

Date of next meeting
To be agreed. 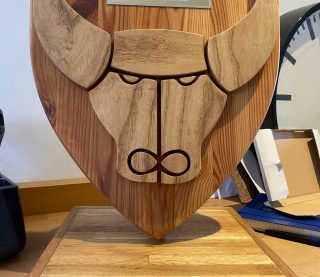