This was the first full committee meeting since BH and RW were elected to the committee and they were warmly welcomed, as was JH who was becoming an elected member having previously been a co-optee.

We had been unable to hold a full meeting since January owing to covid restrictions but we had held two catch up meetings via Microsoft Teams, which not all members had been able to attend, to deal with short term issues. We have maintained regular contact with each other and the Club on Trust and Club matters via Zoom, email, phone, and WhatsApp as required.

AW and SH reported on the flags and banners arrangements for the playoffs. The drop-off arrangements had gone well with over 50 flags lent for the playoffs. Installation at Grenoble Road had taken several hours with a good team of volunteer helpers. Wembley had posed additional issues of access for the team and there were reservations about the location offered for the flags. The two trips to Wembley to install and take down had been followed by a collection day, after which there now remain about 40 flags to be collected at a future date from the ground, where they will be in safe keeping until the fans return. Karl Robinson and the players had commented approvingly of the flags, banners, and fan cut-outs.

We are in regular contact with Tiger and Zaki Nuseibeh regarding next season’s planning, the return of crowds, arrangements in the event of crowd restrictions, and related matters. Clubs are finding it difficult to plan for all contingencies given the changing nature of EFL and government advice and requirements in response to the
covid pandemic. This is an unprecedented situation and we fully recognise the challenge for the Club in finding a path through to an outcome in which fans can return as soon as it is safe to do so. Our approach is to support the Club in making as much information available to fans as early as possible, to maintain open communication,
and to ensure fairness of access so far as it is possible. We will be looking to the Club to provide greater clarification in the coming days and weeks.

We discussed the stadium license situation and in particular two aspects. Firstly, we would like an update on the Club board’s intentions regarding the stadium having in mind the relatively short term remaining before the license comes up for renewal, our continued status as a League One club, and the effects of covid. We agreed to write to the board seeking a meeting to discuss their medium term intentions. Secondly, force majeure provisions of the stadium license exist, which in essence enable discussion of rent reductions in the event that matches cannot be played due to events outside the Club’s control. We will ask whether these provisions have been fully explored.

Membership and renewals: Membership now stands at 982 of which 440 are life members. TL and ME are processing annual renewals and the majority of those renewing are opting for converting to life membership. Renewals are coming in daily and we will continue to follow up non-renewals over the coming weeks.

Reward scheme: We discussed expanding the list of reward offers. JH would consider taking on a co-ordinating role. Committee members would suggest outlets.

Membership drive: PP is drafting ideas. A survey covering ideas and issues for the Trust is being considered.

Newsletter: SH and PP will add to the draft newsletter to cover the Trust’s recent achievements. The newsletter will serve in part as a membership recruiting tool.

Web and social media comms: Website, twitter, Facebook, Yellows Forum all in use and updated regularly. Member email delivery seems to work well via MailChimp, we no longer receive complaints of non-delivery.

Our AGM scheduled for April was postponed due to covid restrictions. We are looking at what other trusts have done in lieu of a normal AGM, and at the best way of keeping members informed and providing an opportunity for questions.

Trust accounts for 2018-19 have been completed and signed off by our auditor. They will be distributed to members shortly.

Alan’s Africa: Our involvement in this project is on hold pending further discussion with Alan.

Mentor program: RW has proposed that we develop a framework for involvement in the Big Brothers, Big Sisters (https://bbbsuk.org/) project: the committee agrees and we will be looking at this in the coming season.

University links: BH has proposed we work with the Club to have a presence at university Freshers’ Fairs: this will clearly have to wait until students return, but we will explore the possibilities.

Local Transport options: We discussed whether we could co-ordinate travel arrangements to matches for small numbers of fans from outlying towns and villages not covered by existing bus service arrangements. We will explore the possibilities and in particular ask our members for ideas and comments. 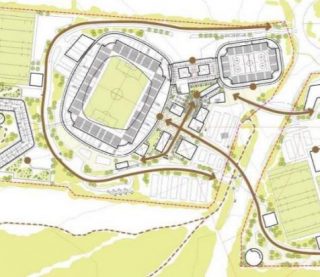