We are excited to announce the launch of our East Stand Mural project. We hope to enlist the support of OxVox members and Oxford Utd fans as a whole to brighten the match day experience and hopefully help raise the atmosphere at our home games.

We have started a crowd funding page to raise seven thousand pounds to pay for the printed boards that will run along the back of the East Stand in front of the expanse of corrugated steel where the Ultras used to display their banners. It was in fact during discussions with the Ultras to see if we could help them with their situation, when it became clear that they were going to disband at the end of last season, that we decided to revisit our plans for the mural. We knew the loss of colour would be sorely missed but feel that with your help we can bring that area back to life.

[If you prefer to donate offline, you can send a cheque payable to OxVox to us at 41 Henley Road · Sandford-on-Thames, Oxford, Oxfordshire OX4 4YW. Please include a note indicating that the donation is for the Mural project.]

In recent weeks we have been working hard on gathering together usable images, getting accurate costings and most importantly, securing permission from Firoka. After a meeting with Firoz and Feroza Kassam in London recently it was kindly agreed that we could use the area for the mural, with the proviso that it was both graffiti proof, and that should advertising be generated at a later date that the boards forming the mural could be moved to other areas of the stadium.

Having spent some time measuring up at the stadium we were able to design and cost the panels as required. Now all we need is your support to make this happen. We want to involve as many supporters as possible to not only fund but to help choose the images that will be used. We will be representing various eras of our history such as the forming of the club and the first team picture, the Headington Utd days, promotions, Milk Cup glory and modern day heroes. We will pick three available pictures from each point in our history and fans will be able to vote online for their favourite in each section. Sadly not all classic pictures are available as some are agency owned and carry a prohibitive cost, but we have a great selection to use and will be opening the voting shortly. Once the funding target is reached it is our aim to have the mural in place for the first game of the season. We have already secured a generous offer from Mick Denton of Denton Builders to fit the mural once purchased.

It is our overriding ambition to have the mural be one that fans are fully behind, in both funding and design, and that helps bring much needed colour and a greater sense of home to the stadium.

The image below shows what we are planning to achieve. With your support we know we can get there. 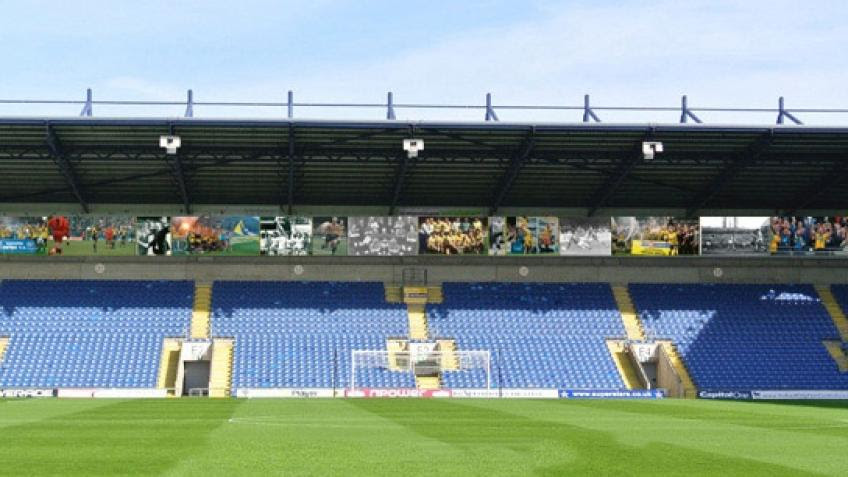 Thank you in advance for your generosity and we look forward to finding out the results of the voting in due course. As always but especially with such a fan-led project I’ll leave you with COYY!

This email was sent to OxVox members on 21 May 2020: Hi everyone I hope this update finds you in good health and coping with all that is going...