Yesterday, 27 October 2019, was a great day as it marked not only the 126th anniversary of the meeting at the Britannia Inn in Headington at which Headington FC, the forerunner of Oxford United,  was founded, but also marked the unveiling ceremony for a blue plaque to commemorate that occasion back in 1893. 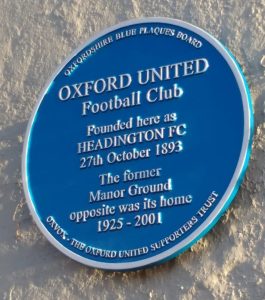 Very few of these plaques are awarded to football clubs, so we are extremely lucky to have had this agreed, and its completion is a tribute to the persistence of Andy Hawkes who made the initial proposal, former trust committee member Dave Thornton, who doggedly pursued the project to gain the necessary permissions, and of others on the trust committee, most notably vice chair Ali Wolfe. 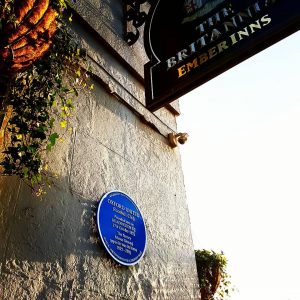 Emeritus Professor Robert Evans, chair of the Oxfordshire Blue Plaques Board, welcomed everyone, OxVox chair Paul described the background to the project, Martin gave a fascinating whistle stop tour of the club’s history tracing its formative years through to the present day, and Zaki spoke wisely of the importance of the club honouring its roots and heritage.

In the picture below, Trevor, Ali, Paul and Simon from the trust committee are joined by Dave Thornton (second left), Joey, Beano, and Rosie. 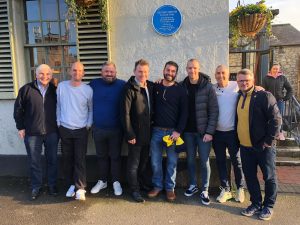 The following email letter was sent to OxVox members late yesterday, 17 December 2019. A final update on the Mural project before tomorrow’s game with City and the big...